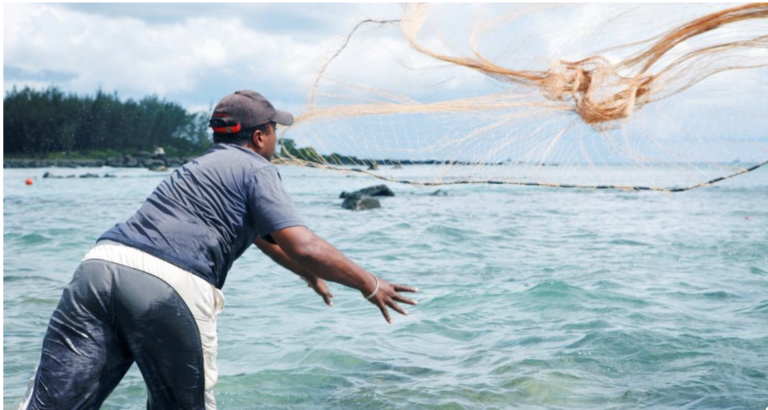 What was the challenge?

Awareness of the role of oceans in planetary and socioeconomic health has risen steadily since the United Nations announced the new Sustainable Development Goal (SDG) 14 – ‘Conserve and sustainably use the oceans, seas and marine resources for sustainable development’ – in 2016. When in 2018, the World Bank launched the world’s first Seychelles-based sovereign blue bond, excitement rippled through the governments of coastal countries and small island developing states on the potential for the ‘blue economy’ to drive socioeconomic and ecological benefit. The British High Commission in South Africa, on behalf of the Foreign, Commonwealth and Development Office (FCDO), wished to gain a deeper understanding of the potential for ocean economies in Southern African countries as part of its continued support for socio-economic development in the region, as well as work to achieve SDG 14. “The UK is world-renowned for its ability to foster economic and environmental capital, plus security, by supporting maritime industries. We set out to explore opportunities to leverage this expertise in Southern Africa,” said Tom Liebenberg, Skills for Prosperity Programme Manager, Prosperity Fund Team, Southern Africa, FCDO. With a coastline stretching 2,850 kilometres, Southern African countries’ ocean economies are ripe for expansion and the FCDO’s initial research had identified hundreds of potential maritime projects in six countries: Angola, Namibia, South Africa, Madagascar, Mauritius and Mozambique. However, the FCDO required an assessment of activities and innovative financing in order to identify the most promising ocean economies sectors, subsectors, and projects to attract private sector investment. We were selected to provide this assessment due to our extensive knowledge of innovative green finance mechanisms, along with our experience of building analysis frameworks, conducting in-depth research, designing technical and financial methodologies and strategies, and stakeholder engagement.

How did we help?

In phase one, we conducted a review of the ocean economies in six Southern African countries. The aim was to identify sectors, subsectors and projects that show potential to attract sustainable private sector investment and understand what ‘blue’ or sustainable activities were taking place in these sectors and how they were being funded. Using this analysis and a more in depth assessment of the projects, we prioritised them based on their: Our review concluded that the most promising common regional blue economy development areas are marine protected areas, aquaculture, and marine eco-tourism. We also concluded that at a country level, South Africa has made significant progress developing their ocean economy, while the other countries in the study are just starting to progress in this area. After profiling the ocean economy of each country, the aquaculture sector, which produces marine ‘products’ such as crustaceans, sea cucumbers and seaweed, emerged as the area with the greatest and broadest potential for growth across numerous geographies. A further analysis of the aquaculture sectors in three countries – Namibia, South Africa and Madagascar – followed. This revealed the market needs of the aquaculture sector, including the top projects and interventions where technical assistance could unlock investment and growth. The review concluded that South Africa holds the most promise for viable ocean economy development, while other countries, such as Namibia – with the right support – have significant long term potential. Overall, the analysis found that ocean economies in the six countries studied typically account for 10-15% of GDP and there is great potential for growth.

What were the benefits?

The project resulted in a report – Ocean economies in Southern Africa: The State of Play – which provided insights into recent financing innovations, along with a deeper analysis for each country and an overview of regional actors. The study further identified areas where the FCDO could build on activities in the region, focusing on marine aquaculture. The ‘deep drive’ into the aquaculture sector provided the FCDO with an in-depth understanding of the key regional challenges in aquaculture, proposed solutions to address root causes, and an assessment of appropriate interventions for prioritisation by the FCDO. Commenting on the impact of the work, Tom Liebenberg, Skills for Prosperity Programme Manager, Prosperity Fund Team, Southern Africa, FCDO said: “We had worked with the Carbon Trust previously and knew they would be a fantastic partner. They took our initial thoughts spanning a wide geographical area and built a fully fleshed-out knowledge base of where and how investment can make the most impact in each country, to inform our future work.” As we enter the United Nations Decade of Ocean Science for Sustainable Development (2021-2030), the project outputs have informed numerous high-level discussions with government departments, NGOs and development agencies globally. For example, the Indian Government has indicated that the knowledge-base is relevant for the development of its East Indian ocean regions. Ultimately, the reports have enhanced the FCDO and British High Commission’s capacity in this field and, together with other recently commissioned ocean economies related research, will help inform planned activity that will leverage the UK’s existing expertise in growing marine economies.
We use cookies on our website to give you the most relevant experience by remembering your preferences and repeat visits. By clicking “Accept”, you consent to the use of ALL the cookies.
Cookie settingsACCEPT
Manage consent